The Titanic was presumed to be the largest, safest
and strongest luxury ship in the world before it embarked on its disastrous maiden voyage in April 1912.
All kinds of people were welcomed on the ship for
its first voyage. 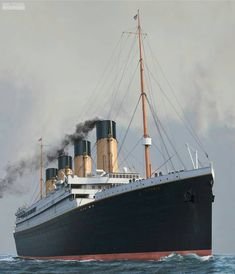 The rich, the famous, the elite, women, children, families and staff of the ship were all happy to be on board. It was billed to be the ship that could not sink, but it did sink on its first journey from Southampton to New York. This was one of the greatest tragedies of all time.

What will matter is whether you are ‘LOST’ or ‘SAVED’ on the day you die and meet your creator! GIVE YOUR LIFE TO JESUS TODAY! AND IF YOU ALREADY HAVE,LIVE FOR HIM!!!!

A writer and lover of God View more posts